Bruxism is teeth grinding that leads to dental problems. It’s been estimated that 30 to 40 million Americans suffer from the condition.

But you couldn’t possibly be one of them, right? If you were clenching your teeth, you’d know it, wouldn’t you?

Don’t be so sure. One form of bruxism that dentists are often called up to treat is sleep bruxism, in which the patient engages in teeth grinding when he or she is out cold in bed. You don’t know what you’re doing in your sleep. 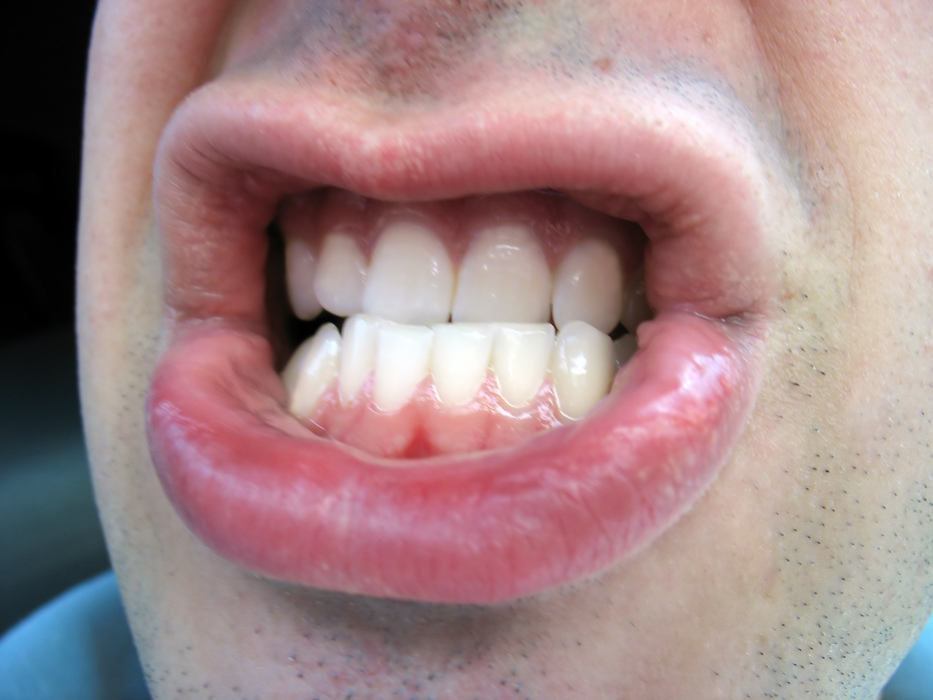 You might not even be fully conscious of what you’re doing when you’re awake. You may have known someone with a nervous tic that the person not only couldn’t control but didn’t even know that he or she was doing. Waking bruxism can be like that.

You might have bruxism if you have one or more of the following symptoms.

Assuming you are experiencing such symptoms, it’s more likely they result from teeth grinding if you have one or more of the bruxism risk factors. If you do, you should tell your dentist when you’re seeing him or her about your symptoms.

Today there’s much that can be done in the way of bruxism treatment. Many sufferers find that a bruxism night guard protects their teeth while they sleep. Doctors can change a medication that has an unwanted side effect. Counseling can address anxiety, behavior therapy can help control an unwanted waking behavior, and a sleep specialist can help with sleep apnea.

But effective bruxism treatment begins with the diagnosis, so don’t make the dentist’s task harder in this regard. Don’t be reticent. Even if it’s a little embarrassing, own up to that three-packs-a-day cigarette habit or any of the other risk factors you happen to have.

What Athletes Need to Know About Their Teeth

Do I Look Older from Clenching My Teeth?

Teeth clenching may look funny on sitcoms or streaming networks because characters usually clench their teeth in anger. They might...